This War of Mine - review (English version) 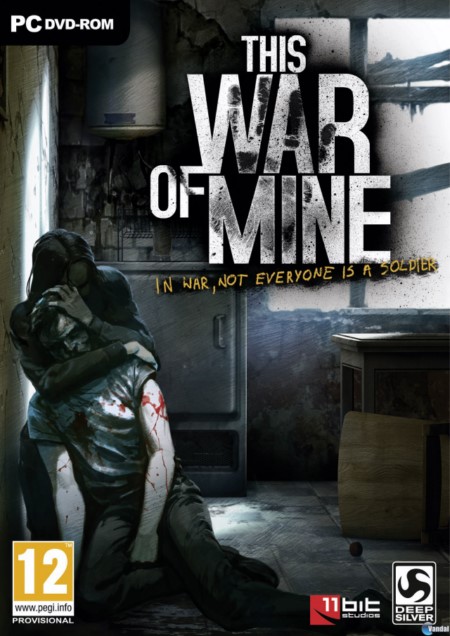 "This War Of Mine"- by Polish team 11 BIT Studios - is an antidote to "Counter Strike" or "Call of Duty". It's a different  kind of game, an ambitious attempt to the theme of war  -  without a gore, but complicated morally.  Inspired by real-life events - the siege of Sarajevo in 1992-1996.

You begin playing in a ruined building in a war-torn fictional city, you're a civilian  trapped by war and you're trying to survive  among the ruins. You must hide during the day and you may leave your lodge when the night covers you.

Characters have to make difficult decisions including terrible things to survive. You have a moral dilemma, when  you must decide: to protect somebody from your shelter or sacrifice one of them. You feel ashamed when you go to the other house and you steal things and food. Almost every decision you make is, more or less, emotionally exhausting. Your survival strategy - speaking metaphorically -  is never much stronger  than a soap bubble.  You live in a mortal danger, you are afraid of another raid or snipers. It's a real face of war.

"TWOM" is a beautiful game to see. Rendered in monochrome. Charcoal aesthetics  build  a tension and the atmosphere of danger. Somebody said that "TWOM" has a graphic novel art style.

Playing in "TWOM", I can believe that video games are an art form. A beautiful but bleak  game.  Like our world.